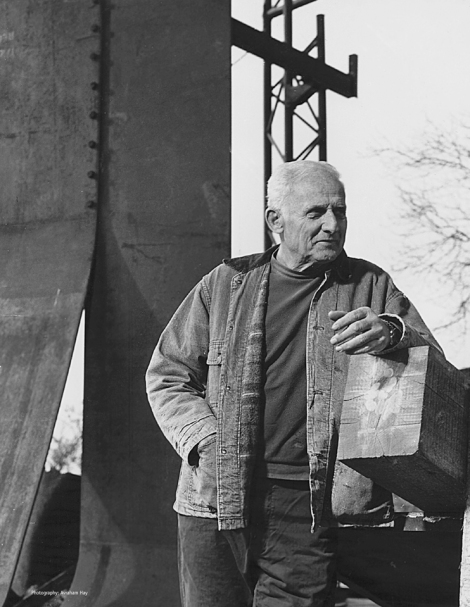 Yehiel (Shitzberg) Shemi grew up in Haifa, near the sea, in the Bat Galim neighborhood. He graduated from the Reali High School and studied art with Prof. Konrad Hoenich at the Technion. Shemi became friendly with the artist Yosef Zaritsky and studied with the sculptor Yitzchak Danziger in Tel Aviv. At the age of 17, he joined the founders of Kibbutz Beit Ha’arava. Later, he and his friends settled at Kibbutz Cabri, in the Western Galilee, which remained his home for the rest of his life. He was involved in kibbutz life and held many key positions while maintaining the central place of art in his life. Having won in 1986 the Israel Prize for his achievements as a sculptor, Yehiel Shemi is recognized as one of the most influential artists in modern Israeli history. Shemi began his career as a sculptor in stone and wood, and was one of the artists of the “New Horizons” group (1952-1963), participating in all of the group’s exhibitions. In 1955 he began to work in metal, removed his sculptures from their traditional pedestals and shifted his style from figurative to abstract. Shemi was a revolutionary in his field and throughout the rest of his career he became a central figure in the Israeli art scene. From the 1960s, Shemi created many public sculptures, among them the monument “Sea Sculpture” (1967) on the Achziv coast, made from the remains of the illegal immigrant ship Patria; “Father and Son” in Kibbutz Huquk; “The relief” at the entrance and the foyer of the Jerusalem Theater; and the monument in memory of the victims of the Eighth Brigade at the entrance to Ben Gurion Airport. Through these commissions, his unique fingerprints became known all over Israel. Later work also included large, emblematic pieces at the Technion in Haifa, at the entrance to the air force base at Tel Nof, at the central library of Tel Aviv University, at the Kibbutz Seminar, at the Yigal Allon House on the shores of the Sea of Galilee, among others. As part of an ongoing search for his own formulaic language, Shemi never stopped experimenting with new materials, investigating and dealing with issues of structure, form and weight, yet always returning to the notion that the sculptures had some internal truth or integrity
During the 1970s, Shemi began his voyage into different forms of art including prints, stone carving, oil and asphalt painting, as well as drawing. At the end of the 1960s he was working in Paris and during the early 1970s he moved to New York. His sculptures were collected by important institutions, among them the Museum of Modern Art (MOMA) in New York, the Hirshhorn Collection in Washington D.C. as well as the Storm King Art Center in New York. In New York, the Betty Parsons Gallery represented him, while his home gallery in Israel was the Gordon Gallery headed by Shaya Yariv 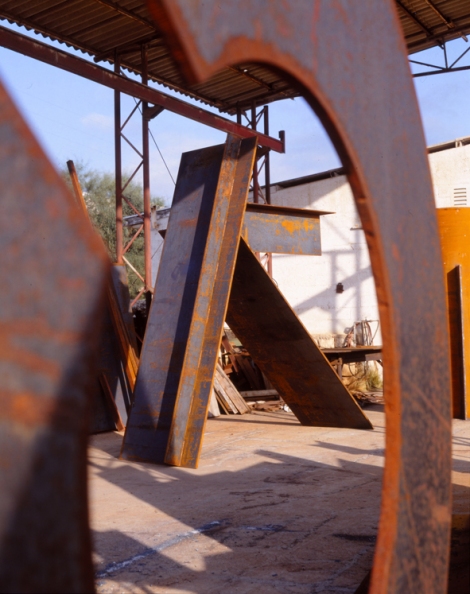 The entire collection of his work including sculptures, paintings, drawings, etchings and works on paper – are now assembled at the Shemi Atelier in Kibbutz Cabri, housed in a beautiful and spacious structure. The atelier was used in the past as Shemi's work studio and now preserves Shemi's work environment as well as his rich artistic legacy. A large sculpture garden of Shemi’s metal works surrounds the atelier, overlooking the breathtaking vistas of the Western Galilee